Anatomy of a Good Neighborhood, According to Jane Jacobs 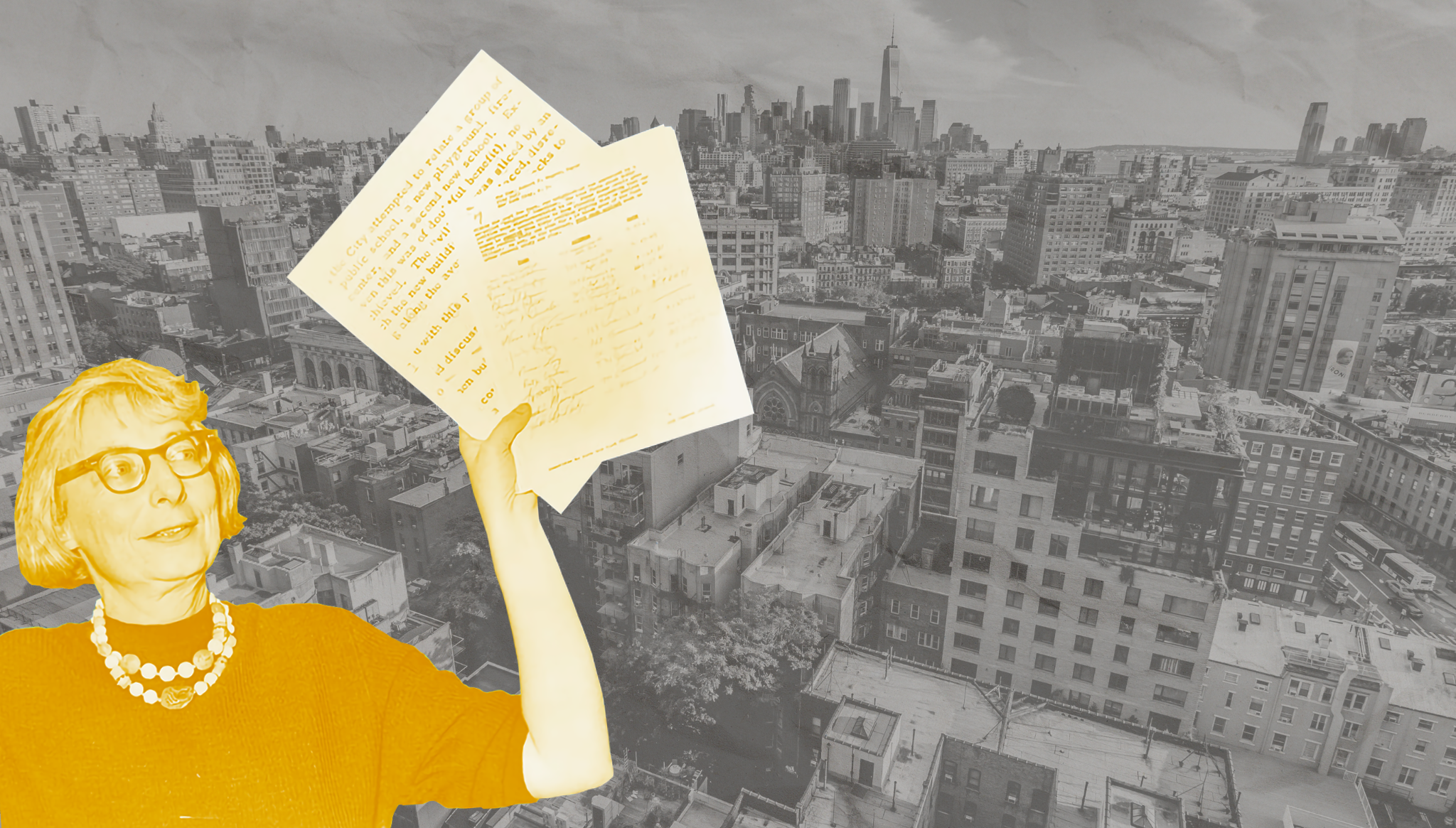 Anatomy of a Good Neighborhood, According to Jane Jacobs

Jane Jacobs, one of the most famous urbanists of all time, perfectly articulated the elements that make up a good neighborhood. During the 20th century, Jacobs resisted urban planning philosophies that led to so much auto-centric sprawl; instead, she fearlessly advocated for cities as places for people, not cars. Here at Culdesac, we couldn’t agree more. As we look towards our triumvirate of urbanists for inspiration – Jaime Lerner, Donald Shoup, and of course, Jane Jacobs – we consciously explore and assemble the components that make for a good neighborhood. Here are some of Jane Jacob’s teachings on these elements.

Density, where neighbors are close by.

The further apart we are physically, the further apart we are socially. Jane Jacobs believed that density was key to thriving neighborhoods. A common misconception is that density equates to high rise apartments and soaring skyscrapers. However, this misunderstanding couldn’t be further from the truth. For instance, Paris is not associated with skyscrapers, and yet, it’s the densest city in the western world. There are countless examples of areas where density is “gentle”, something often referred to as the missing middle housing. At Culdesac Tempe, that’s exactly what we’re solving. All of our buildings are between two and four stories tall, and most notably, over half of our 17 acres is open space. Gentle density is something that makes neighborhoods feel like home, but the streets themselves are easily just as important.

Streets are among the most important components of a city, and the right streets will make or break a neighborhood. As Jacobs would say, “If a city’s streets look interesting, the city looks interesting; if they look dull, the city looks dull.” For instance, in the US, a third of people don’t know their neighbors. We believe that if streets were better designed, we’d see a higher percentage of interaction between neighbors. The streets in a walkable neighborhood are places to wave to friends and neighbors – this is a major reason we’ve designed streets in a very particular and intentional way at Culdesac.

There is far more to a great neighborhood than just a place for spontaneous encounters. At Culdesac Tempe, our blocks can be significantly shorter because there are no intersections with cars. Plentiful retail, public squares, and places to sit and have a coffee make it an enjoyable area to explore. Our commitment to shade coverage and zero asphalt at Culdesac Tempe makes the neighborhood particularly special. And like most things, neighborhoods are best when shared.

Mixed use spaces, where the neighborhood is utilized throughout the day and valued by many.

Jacobs believed that cities were made great by their diversity. Having buildings with different purposes encourages lively activity throughout the day among neighbors. That’s why our mixed use approach of retail, food, public squares, and verdant walking paths creates an environment that inspires utilization throughout the day by our residents and neighbors. When selecting our retail, we focused on small businesses, with local owners. The mixed use spaces that emerge from this selection offers a chance at local living. You can know the name of your grocer, enjoy a coffee in a public square, and pass neighbors on your walk home.

Like many things, great neighborhoods are made up of different parts. Fortunately, we’ve learned from the best and have poured that knowledge into Culdesac Tempe. It’s a neighborhood that epitomizes the missing middle housing, giving density without building skyscrapers. It features pathways that allow spontaneous encounters that strengthen social bonds. And of course, all the streets are not just richly detailed and interesting to explore, but they’re also car-free. Jane Jacobs wanted cities to be filled with paths full of people – not streets packed with cars – and to that end, we think she’d like Culdesac Tempe. 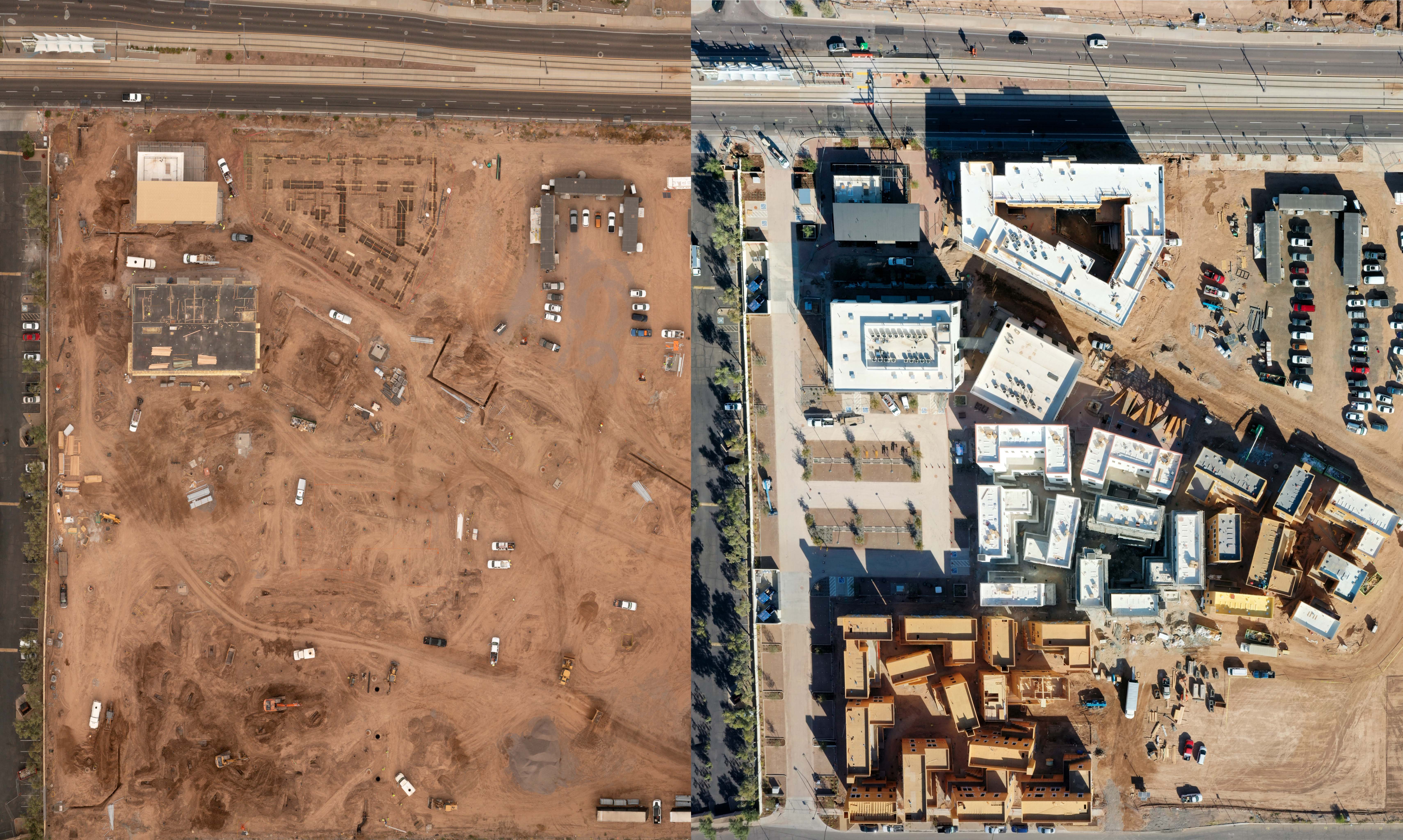